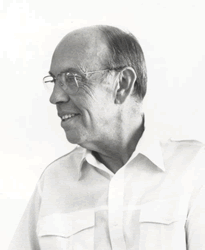 ArSHA was saddened to learn that Noel Matkin, PhD, CCC-A, F-ASHA, passed away July 4, 2016. Dr. Matkin was a clinical scientist who drove the field of pediatric audiology to new heights. He was a mentor and leader, and gave wholeheartedly to Tucson and its citizens.

Dr. Matkin earned his BS in Speech Pathology from Wichita State University in 1954. He went on to earn his MA and PhD in Audiology in 1959 and 1965 respectively from Northwestern University. Dr. Matkin came to the University of Arizona in 1979 as Professor and Director of Children’s Hearing Clinics. He became a Professor Emeritus in 1999 and continued working at the UA until 2007. His major field of interest was pediatric audiology, and he enjoyed evaluation, differential diagnosis, amplification, and audiologic habilitation, including parent support services. Dr. Matkin was a long-time member of ArSHA and a former Programs Chair.

Dr. Matkin earned many awards during his professional and volunteer career, including the AAA Clinical Educator Award (2000), the Fredrich S. Berg Education Audiology Award from the Educational Audiology Association (1996), and the Five-Star Faculty Teaching Award from the U of A Honors Center (1993). He was awarded the Arizona Human Rights Fund’s Statewide Activist Award, and recently received the Community Foundation of Southern Arizona’s Civic Leadership Award.